Now I know what you might be thinking. Everest is being used as a metaphor for some big challenge that we have overcome, some mighty obstacle of immense proportions, and so on and so on.  Normally having thought this you would be right, but not on this occassion! We (Carmen and I) actually did cycle up Everest and I must say, we found it rather easy!

As you can see however, this Everest was not in the Himalayas, but in fact was the name of a road in the mighty town of Rayleigh (Carmen's words, not mine), in Essex, and not even up much of a hill.You might well think that there are no similarities, and in fact, you would be right; although you would never be able to tell that by looking at how proud Carmen was to have conquered it.

Apart from Everest, which was rather flat, Rayleigh is actually surprisingly hilly in some areas, which made for a bit of a challenge. Whilst cycling on one of the hills in Rayleigh, me being so very clever met with a bit of an accident on my bike when my shoe got caught on my front mudguard and snapped it (*dumbass*). Due to this we had to have a short stop, where due to my great foresight and planning, I had not brought any tools (*see above*), so I couldn't get the mudguard off. Instead, I had to rip it off with my hands. We eventually made it back home, where Carmen then took a picture of the aforementioned mudguard to show you all my proud achievement.

Before this fateful day, which was a Tuesday we had a hard weekend of training. On the Saturday (the day after our previous post) we visited the gym and did some interval training on the treadmill, which involved lots of change of both speed and incline. It was a tough session and Carmen, with her little legs did very well, although she was very surprised by just how hard it was on the legs to walk up a very steep incline!

We then followed this up by attempting to do some leg weights (Carmen's idea, not mine). The challenge was that some guy, I don't know who as I did not see them (but it must have been some sort of Arnold Schwarzenegger lookalike), had leg pressed 400kg! Carmen being Carmen said to me, "That's going to be easy." She then sits down at the machine and puts her little feet against the metal plate, takes a couple of deep breaths and pushes with all the strength she has got in her legs, her face going bright red like a tomato in the process and the plates do not move even a millimetre; if anything Carmen actually pushes herself backwards. (Here is a link to a picture of what 400kg looks like on the leg press). The morale of this story being, try and realise that 400kg is actually 8 times your own body weight! And stop being so boastful!

We followed this up on Sunday with our first offical outdoor cycle. It was the first day of good weather in Essex we have had for quite a while, so we decided to cycle to my badminton match. (For those of you who don't know, I play a lot of badminton; *and I'm sure he'll bore you all with all the badminton he's playing!*). We then had a short break whilst I played my match, winning 9-0 I must hasten to add (*see, I told you so!*). After our short break we then headed down to Southend sea front. It was extremely crowded down the seafront for the first day of sunshine, considering, I will say, it was far from being warm outside. I noticed even that most people were not even wearing many clothes, and/or shoes! It's surprising how at the slightest sign of sunshine people in this country start taking their clothes off and riding around in their cars with the roofs down!
We then continued along the seafront and rode all the way along till Shoeburyness where we stopped for a quick refuel.


After this quick refuel we headed back along the seafront with the plan in our heads to cycle back home, but unfortunately we didn't quite make it as far as we wanted. Carmen was still feeling the aftereffects of lifting 8 times her own body weight the previous day on her little legs. So we decided to catch the train back from Southend to Benfleet (where we live), blocking the entrance of one of the doors in the process with both our bikes so no one could get in or out of that particular door. This ended up in total being two and a half hours of cycling since we left home, which wasn't too bad really, for a first session.

Just to clarify, the comments made in between **s are made by the one and only, yours truly, Carmen. *And that's why they're so incredibly funny*.   Until next time, take care!

Today was the day of our first official cycling session (make that yesterday now). We even put it on Facebook, so it must be official! As you can see below, we were both raring to go in our Dravet tops and wearing our padded cycling shorts, which I can safely say are not nearly as effective as we would have liked. Hence some very sore bottoms afterwards! (Carmen wouldn't let me put asses)


As the weather was horrible and depressing outside, we decided to head to the gym for our session today. The goal was to see how far we could cycle in an hour at about 70-100 rpm (revolutions per minute). This was to give us an idea of how much mileage we could probably do over a day of cycling. So we hopped onto the bikes and began pedalling, which we have even provided proof of.

We did get a few dodgy looks though when Carmen started flashing (the camera that is). As if no one had seen a camera before. The cycle itself was not as bad as we were expecting, although, as I said earlier, certain parts of your anatomy were a little worse for wear afterwards. We both thought we did pretty well, myself clocking up 18 miles and Carmen doing 12. However, it is unlikely we will be able to sustain that pace for a whole day, let alone a week. Especially as some of us were slightly more tired than others! (I had trouble keeping up with Carmen, as you can see)

After I had woken Carmen up from her exercise induced coma we went home to have a well deserved dinner. To follow the trend that everyone seems to be doing online at the moment we included a picture of our delicious homemade meal (recipe available on request).


Today, we plan to do another hard day of training, thats if our bodies will allow us to get out of bed in the morning.
Posted by Ben & Carmen at 01:10 No comments:

Who are we and why are we here?


My name is Ben and her name is Carmen. We are a young couple brought together from the opposite sides of Europe; myself from Essex, England and her from Bucharest, Romania. How did this occur, I hear you ask? Well that is a long story and not really of importance now, but suffice to say that we are very grateful for the internet and an amazing week in London three and a half years ago. Since then we have spent the vast majority of time together either in England or Romania clocking up quite a few air miles between us. After being together for about nine months this little one was born on the 1st September 2010. 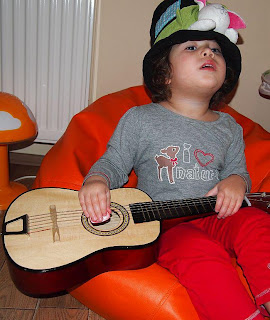 It didn't take us very long did it?

But no, unfortunately, she is not ours. Disclaimer: We do not want to have kids quite yet (Carmen will breathe a sigh of relief at that), but look at her, she is just so darn cute! Her name is Sânziana and she is Carmen’s youngest niece.

Sadly, when she was 7 months old, in April 2011 she had her first seizure and was later diagnosed with Dravet Syndrome, a rare and devastating form of epilepsy that begins in infancy. Only 1 in around 20,000 children have it and she was unfortunate enough to be one of them. I remember her being such a happy little baby and looking so very small compared to her older sister, Lara, when I saw them together. She still remains that way even now, smiling nearly all the time and always looking happy to see you and reaching out her little hands to get your attention. Although she's not so small in comparison with Lara anymore! (see for yourselves below)

Due to her syndrome her parents (Carmen’s brother and his wife) helped set up a charity for Dravet Syndrome (which you can see here if you can read Romanian). We wanted to join this fight and help out.

So how can we fight against Dravet, a syndrome with no cure and very limited treatment options? The treatments success (if it can be called that) varies quite a lot from case to case and at best only helps control the seizures.

This is when Carmen came up with a brilliant idea! She thought to herself I want to do something to raise money and awareness of Dravet. Something that will attract people and get them interested in our story. She didn’t want to just do another marathon, she wanted us to do something different, something not many people had done before. So she came up with the idea of a bike ride. Not just a one day ride from London to Brighton or even a few days ride from London to Paris, but a massive trek across England! She decided to travel from mainland England’s easternmost point, Ness Point, Lowestoft in Suffolk (52°28.87’N 1°45.77’E for you navigation experts) to mainland England’s westernmost point, Dr. Syntax’s Head, Lands End in Cornwall (50°04’N 5°43’W). A ride that will take us about 550miles across England; through cities, towns, national parks and even the capital itself.

I imagine some of the thoughts running through your heads now might be, are these two people mad? Couldn’t they raise money in a way that was much less effort? The answer to these questions being a resounding yes (especially to the first one). But we wanted to challenge ourselves, and make ourselves really have to work for it, and properly earn our sponsorship. Not only did we want the challenge, but we also wanted to do something that would stand out, grab people’s attention more, and have a bigger impact.

So that’s what we decided and this blog is going to follow our journey throughout this experience, beginning with our training and preparation, leading right up to the 17th August 2013, when we shall get on our bikes and begin our journey. We shall keep you updated as we go along; so follow us here and wish us luck!
Posted by Ben & Carmen at 12:24 No comments:

Email ThisBlogThis!Share to TwitterShare to FacebookShare to Pinterest
Newer Posts Home
Subscribe to: Posts (Atom)
An early diagnosis and proper treatment are both extremely crucial in Dravet Syndrome, as the child's quality of life can be greatly improved if treated adequately. However, they are also extremely expensive and most families in Romania do not have sufficient funds to cover them. Thus, by kindly donating to our cause, your money can make a huge difference in the life of a child affected by the syndrome and will give them a better chance to lead a normal life!

If you want us straight to your email: